Working at a Distance... with Springshare

In 2002 Ken was hired to help modernize a small research library on the University of Virginia campus. In 2008 he relocated with his family to Lincoln, Nebraska, and to his surprise was invited to become a full-time teleworker. Four years later he relocated again to Frederick, Maryland, where he implemented LibAnswers and LibGuides, replacing a feeble Intranet site with his library’s first publicly accessible Web site powered by LibGuides CMS. In 2017 Ken moved to Dallas, Texas (where he resides today). Ken shares his telework and Springshare journey, observations about sustaining a telework career, and using Springshare products to collaborate with colleagues (who are now 100% virtual as well) to serve customers in Virginia and beyond. 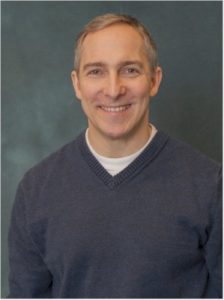 Ken Winter is Associate Director at the VDOT Research Library, located at the Virginia Transportation Research Council (VTRC), a partnership between the Virginia Department of Transportation and the University of Virginia established in 1948. He holds a Master’s degree in Library and Information Studies from the University of North Carolina, Greensboro and an undergraduate degree in English from North Carolina State University.