The Penn State University Office of Online Learning moved to a new courseware tool, Canvas, and with that move an opportunity for stronger library engagement presented itself.

And boy, did the Library pounce on that opportunity.

Yes, you read that right. Using the LTI Builder, which comes with LibGuides CMS & E-Reserves subscriptions, the Library has a point-of-need presence across 30,000+ courses inside their Canvas Courseware Tool... each semester.

Does that mean librarians manually added a library page to 30,000 individual coursepages? Nope! They made use of the LTI automatching to match on key metadata. So, if the online course is titled 'English 305', the LTI searches and displays the English Subject LibGuide and 'ENG 305' Course E-Reserves. If no direct match is found, i.e. if no English Subject Guide was created, they're still able to share information literacy resources by sharing a default 'Starting Your Library Research' LibGuide.

Based upon their invaluable feedback, we've tweaked the LTI functionality! We've changed the way the translation table functions plus we provide an option to automatch different resources depending on whether it's a LibGuide or E-Reserve Course. 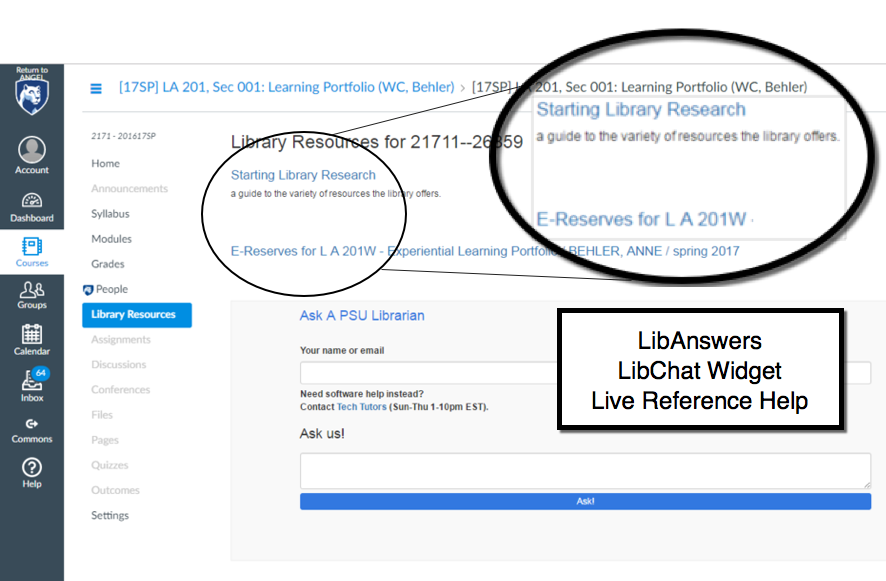 And we didn't stop there.

Adding guide/course metadata can be a manual process - and with their 700+ LibGuides and E-Reserve courses...that would have been a lot of clicking and typing. Instead, PSU made use of the newly released metadata tool import, so you don't need to go guide-by-guide-by-guide to add the relevant metadata. Simply fill out the spreadsheet, or update each semester, and upload it. Metadata will be added to each LibGuide and E-Reserves Course in a single click.

The metadata import tool is been invaluable for PSU - allowing them to bulk edit their metadata between semesters.

According to the PSU Librarians, their hard work has really paid off.

The faculty who have noticed the LTI and realized what it can do have been very pleased.  The technical staff who implemented the LTI tool in Canvas found it easy to work with and compliant with LTI standards.

And has it been successful?

With Springshare E-Reserves, we tracked almost 80,000 hits in our first semester. Hits on the default guide, 'Starting Your Library Research', are huge. Over 10,000 hits last semester alone. Our popular guides get a fifth as many. 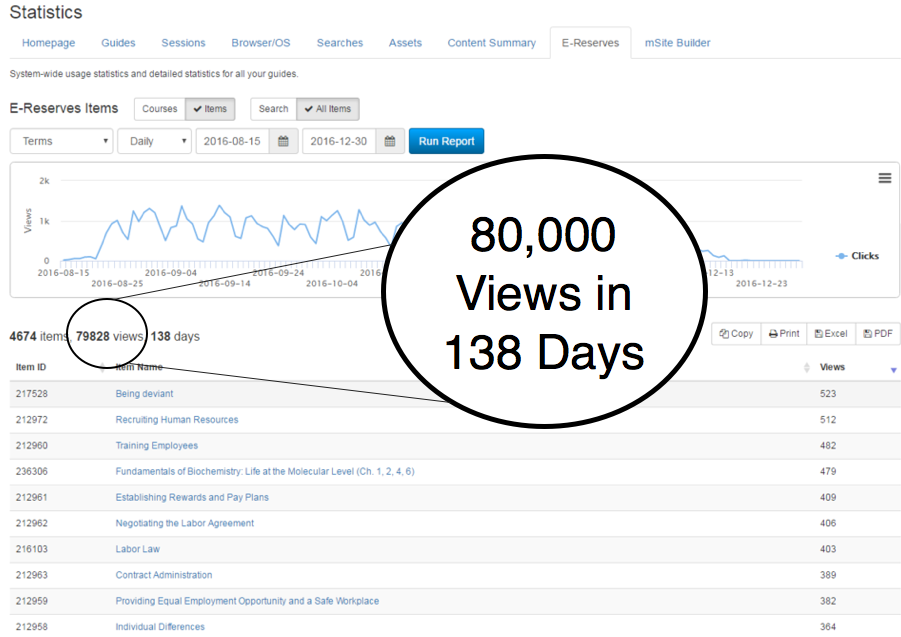