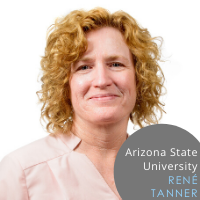 When you think of March, you automatically think of March Madness. At ASU, they're doing things a bit differently. March Mammal Madness is an educational opportunity to learn all about our planet's species interwoven with a 'sporting' bracket to serve as a thrilling competitive experience. The entire tournament is housed in a LibGuide with a downloadable bracket and Rounds are narrated on Wakelet. This flash presentation discusses March Mammal Madness and hopefully get you inspired to implement it at your Library.